Actually, we wanted to take both motorcycles from one manufacturer, because this would certainly mean advantages during maintenance on the road. However, as a normal tall woman it is difficult to find a suitable motorcycle. Of course you can lower the height of a motorcycle, but does it make sense when you don´t have no more ground clearance?

Kai had decided very early to buy the Yamaha Ténéré XT 660 ZA. Nici gave a chance to the slightly smaller XT 660 R, but after several test rides, she decided to go for the small BMW GS. But, is was quite difficult to get a well preserved and not oversized expensive BMW G 650 GS Sertao or F 650 GS Dakar. In the end she decided to take the G 650 GS. From the beginning, Nici felt comfortable on the small GS and that played a big role having done the drivers license short time ago.

We will see how the small BMW will actually perform on the journey.

The Ténére has already driven around the world several times and has been very well tested. Now we will see how the ABS version will perform in terms of maintenance.

Conclusion after the trip (July 2020): Both motorcycles did their jobs brilliant, brought us safely from south to north and NEVER let us down completely. Except for a few small things and normal maintenance work, everything was fortunately in order. It only became problematic during service in Guatemala City. It was very hard to get new and good tires as well as spare parts for the Yamaha. A general issue is that most mechanics are only familiar with bikes up to 250ccm or with the big bikes from 1200ccm. For these bikes spare parts and tires are mostly available. For our "medium sized" bikes rather less often. Our tip: On the one hand take enough spare parts with you, on the other hand plan the due service in time and inquire about workshops. Contact the workshops and if necessary send spare parts from Germany or have them brought by other travelers.

Attachments and equipment of the BMW G 650 GS 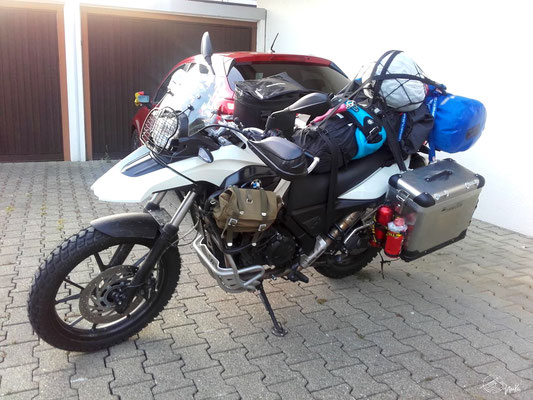 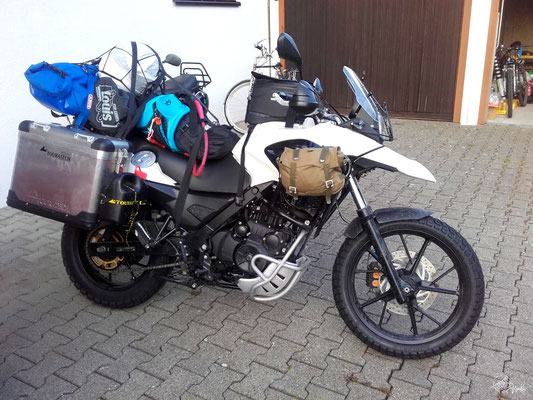 Attachments and equipment of the Yamaha Ténéré XT 660 ZA 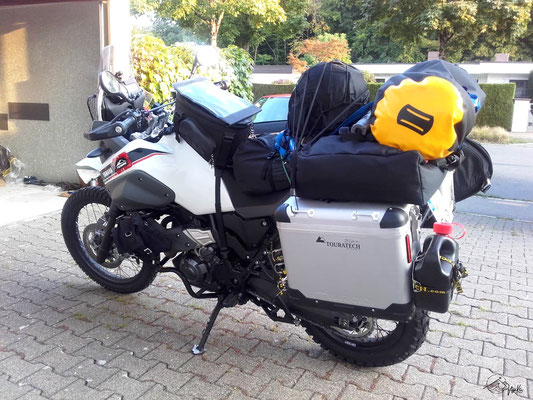 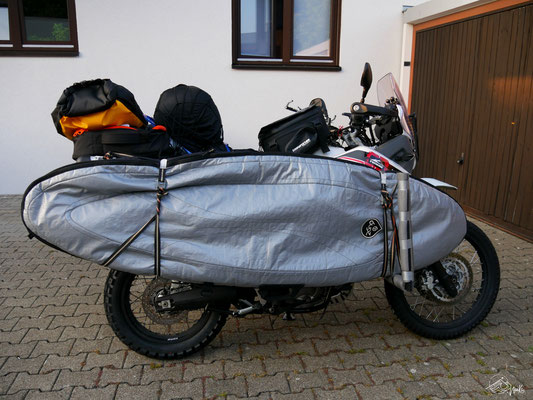 Conclusion for mounting the parts

It was much more difficult, to mount the attachments to the Yamaha. Most things are in very small places, so screws got lost, had to be found and picked out again several times. The Yamaha (with ABS) is also quite impractical: e.g. to reach the battery, the complete petrol tank has to be removed. Not an easy task, with a volume of approx. 23 litres. This is an advantage of the BMW. The petrol tank is in the back, the battery reachable by unscrewing 10 screws. Despite its small size, the BMW also seems to offer us more space for screwing and we haven't had to invest as much time as with the Yamaha.

Unfortunately our illusion of plug and play was destroyed quite early. For almost every attachment, we needed not only several hours (especially for the Yamaha), no, we sometimes had to cut parts, customize it or use other screws. Positive aspect: we got to know our motorcycles better every day...